Aberlour, a village in central Moray, is situated 15 miles south of Elgin on the River Spey. The village was officially named 'Charlestown of Aberlour', after Charles Grant of Wester Elchies. In 1812 Charles Grant laid out the village in its present plan comprising a mile-long High Street with the square to the west with two bridges - one an old packhorse bridge crossing the burn of Aberlour and another crossing the Spey, which is a modern steel suspension footbridge built by James Abernethy in 1902. The original houses were built mainly of stones taken from the bed of the Spey.

To the north east of the village stands Aberlour House built in 1838 to a design by William Robertson for Alexander Grant. The Gordons of Aberlour lived in the house for many generations. To the south of Aberlour is Ben Rinnes which rises to a height of 840m (2,755ft).

The new Aberlour Distillery was built by James Fleming in 1879. Within the grounds of the distillery is the St Drostans Well, which marks the source of an exceptionally pure spring. Aberlour originally became famous for its orphanage, but its now better known for tourism, Whisky and Shortbread.

Old village memorial. Celebrating the 200th anniversary of the village, erected in 2012. 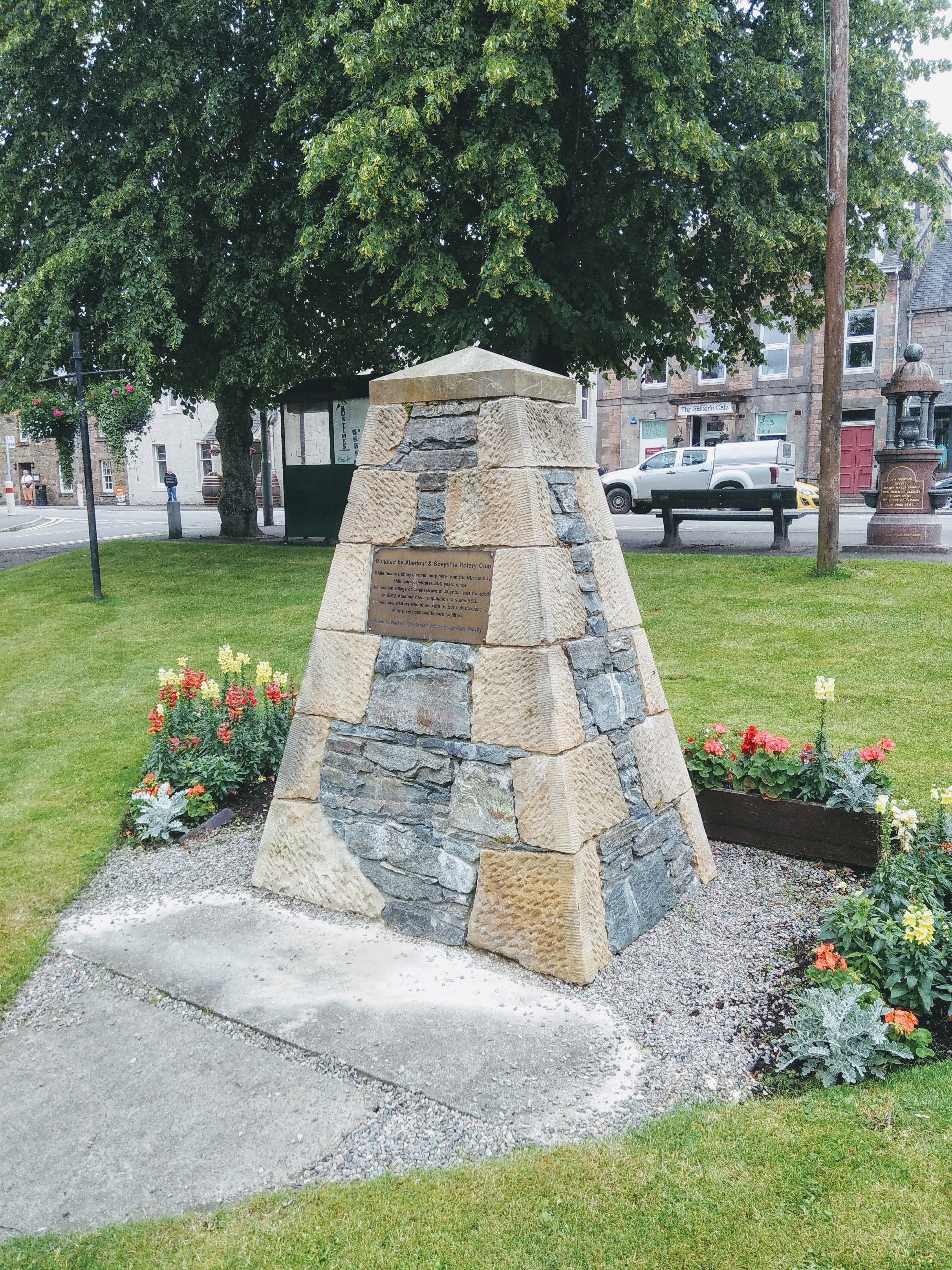 Founded in 1875 the Orphanage provided a refuge for over 1000 children at any one time but by the 1960s, developments in Social Care reduced the demands for placements and closure came in 1967. 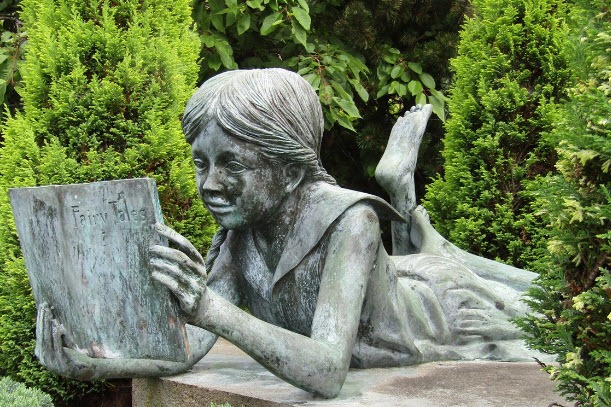 Aberlour Parish Church is a Norman style church, situated in the village square. It is owned by The Church of Scotland and was rebuilt after a fire in 1861. 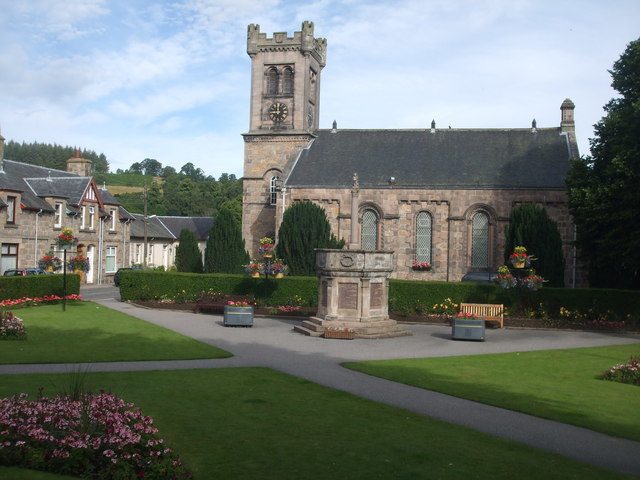 Alice Littler Park donated on the 2nd August 1980 by Mr Sydney Littler, is the location of the Aberlour Highland Games every August. The new Speyside Way visitors centre is located close by. 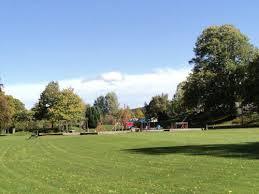 Built in 1814, Thomas Telford's cast-iron bridge across the River Spey at Craigellachie, is a magnificent structure and a fine example of his work. It carried the main road and all its traffic until 1973. 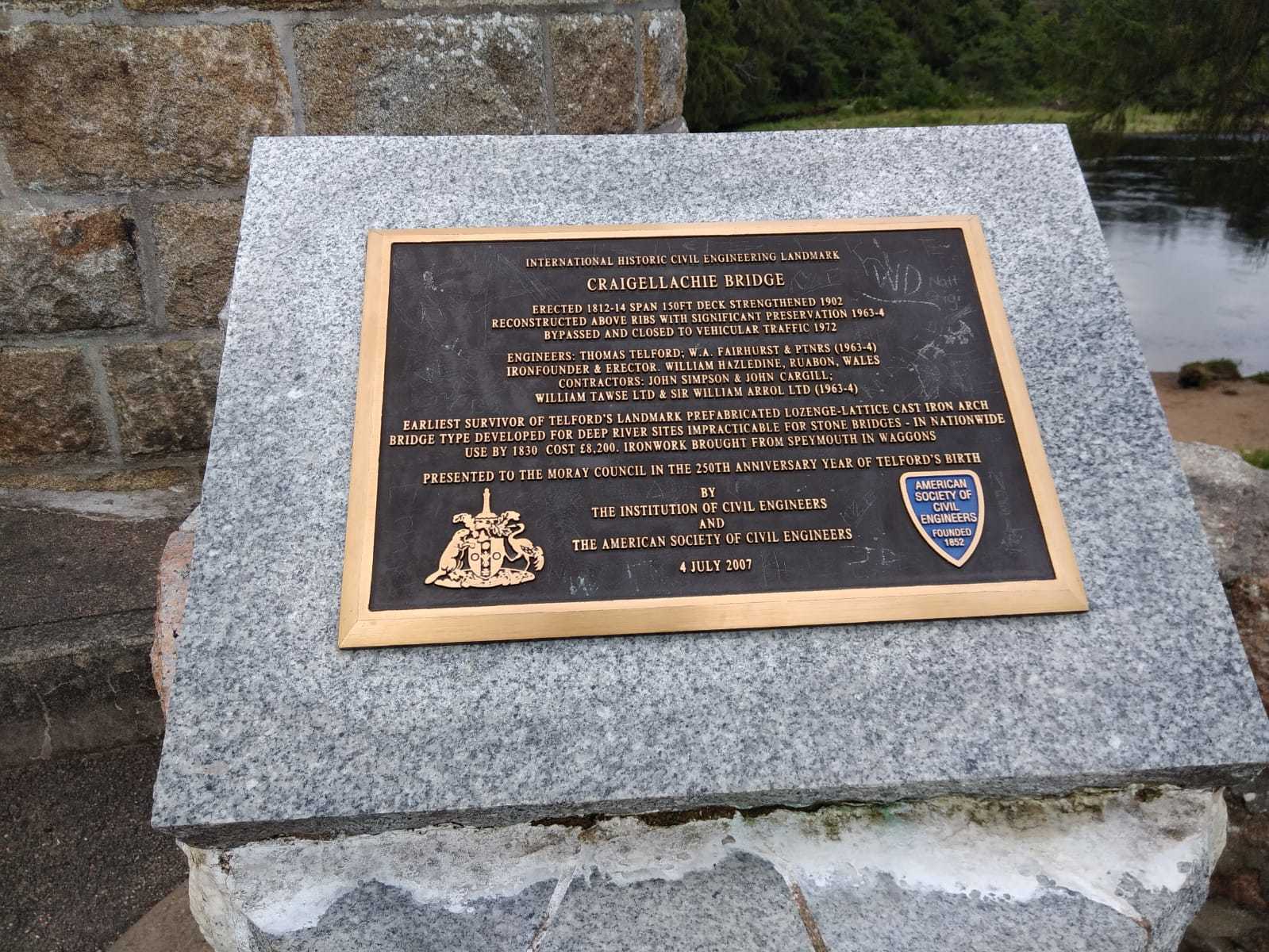 The suspension bridge over the River Spey is a legacy of James Fleming. For centuries, there had only been one way to get across from Aberlour to Wester Elchies - by ferry boat. 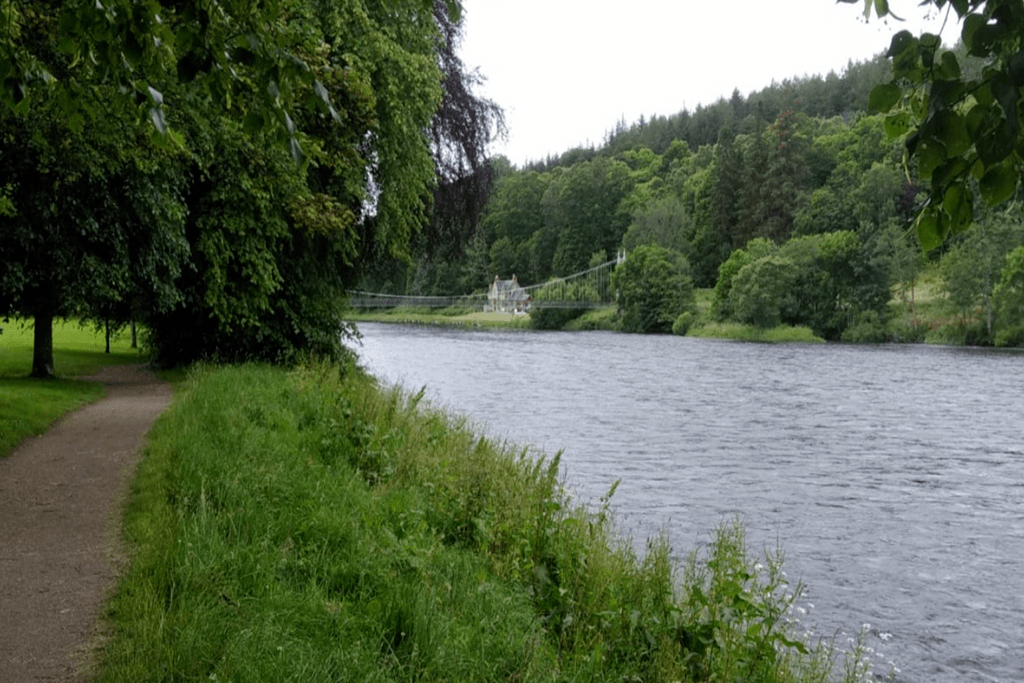 Linn Falls is a short walk from Aberlour Distillery. Also known as Linn of Ruthrie ("linn" means waterfall or pool into which a waterfall cascades). Here the River Lour joins the Spey. 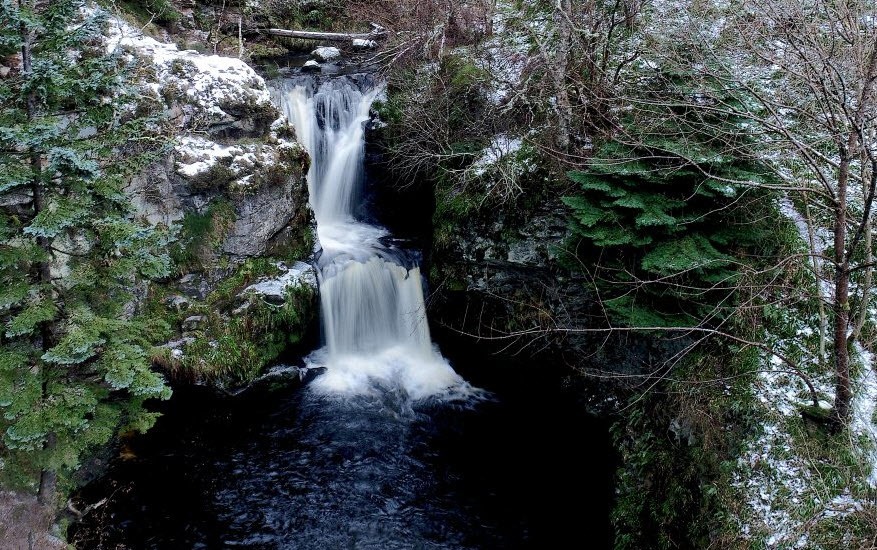 The Memorial Garden avenue leads to the clock tower of the demolished Orphanage. Here there is information about the site and the present Aberlour Trust. 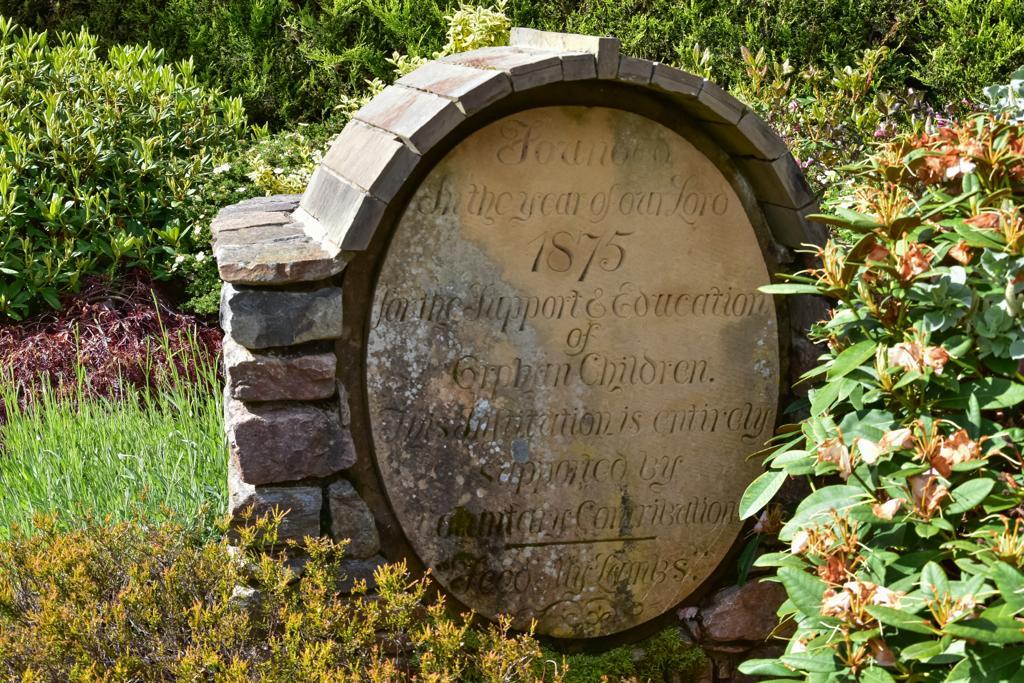 'We had an amazing week here at the Farm Steading. So cosy with everything we needed, we will be back. With thanks' 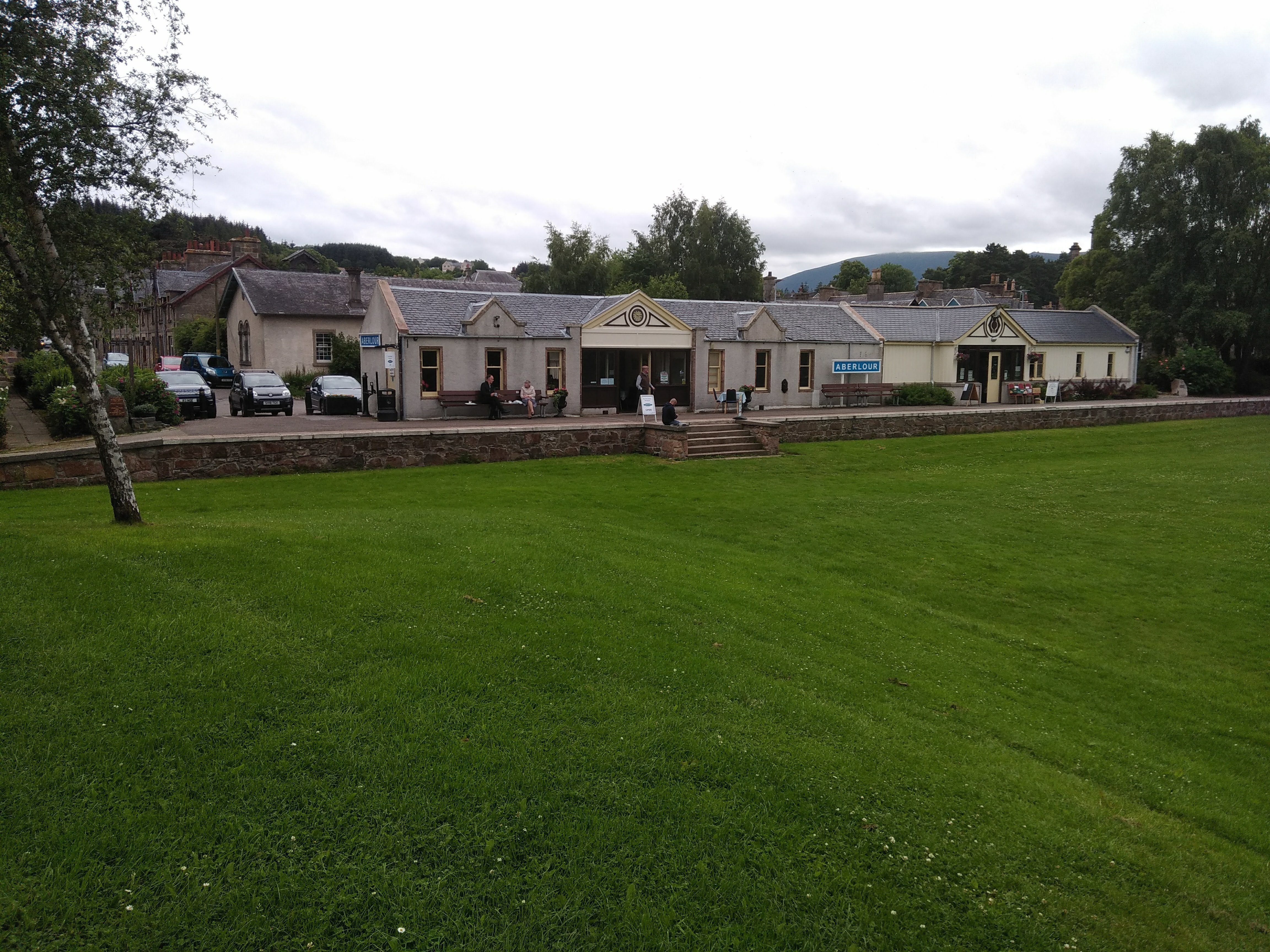